Twitter’s new ‘Birdwatch’ feature is a crowdsourced effort to combat the spread of misinformation on the platform. users can flag tweets they believe to be misleading, and add notes explaining why they believe the tweets are misleading. Other users can then vote on these notes, to help surface the most helpful and informative ones.

This new feature is still in its early stages, and is currently only available to a small group of users in the US. But it has the potential to be a powerful tool in the fight against misinformation, by giving users a way to quickly and easily flag false or misleading content.

How does ‘Birdwatch’ work?

Twitter’s new ‘Birdwatch’ feature is designed to help users identify and flag tweets that contain misinformation. Birdwatch allows users to add notes to tweets, providing context and information about the tweet that can help others make informed decisions about its contents.

To use Birdwatch, users first need to sign up for the program. Once signed up, they can begin adding notes to tweets. Notes can include information about the tweet, such as whether it is accurate or not, and can also include links to external sources that support or refute the claims made in the tweet.

Birdwatch notes are public, and anyone can view them. However, only signed-up Birdwatch users can add, edit, or delete notes. Twitter says that it will use the Birdwatch notes to help inform its own efforts to combat misinformation on the platform.

What are the benefits of using ‘Birdwatch’?

There are several benefits to using the ‘Birdwatch’ feature on Twitter. First, it allows users to see which tweets are being flagged as containing misinformation. This can be helpful in identifying which tweets are worth paying attention to and which ones can be ignored. Second, it allows users to upvote or downvote tweets that they believe are accurate or inaccurate. This can help to push accurate information to the top of the feed and make it more visible to other users. Finally, it provides a way for users to leave comments on tweets, explaining why they believe the tweet is accurate or inaccurate. This can help to provide context and clarity for other users who are trying to make sense of the information contained in a tweet.

How effective is ‘Birdwatch’ in fighting misinformation?

Twitter’s new ‘Birdwatch’ feature is designed to allow users to flag tweets that they believe are spreading misinformation. Other users can then see these flagged tweets and decide for themselves whether or not to believe the information in them.

So far, ‘Birdwatch’ does seem to be having some success in reducing the spread of misinformation on the platform. However, it is still early days, and it remains to be seen how effective the system will be in the long run. There are also some concerns that ‘Birdwatch’ could be abused, with users flagging tweets they simply don’t agree with, rather than those that are actually spreading false information.

What are the potential drawbacks of ‘Birdwatch’?

There is no doubt that the ‘Birdwatch’ feature has the potential to fight the spread of misinformation on Twitter. However, there are also potential drawbacks to consider.

For one, ‘Birdwatch’ relies on users to flag tweets as containing misinformation. This means that users must be aware of the feature and be motivated to use it. There is also the potential for abuse, as users could flag tweets they simply don’t agree with, rather than those that contain actual misinformation.

Another potential drawback is that ‘Birdwatch’ could end up amplifying the echo chambers that already exist on Twitter. If users only flag tweets from people they disagree with, then the resulting ‘birdwatches’ could end up reinforcing people’s existing beliefs, rather than correcting misinformation.

Finally, it’s worth noting that ‘Birdwatch’ is still in its early stages and has not been officially launched by Twitter. This means that it could change significantly in the future, or even be scrapped entirely. 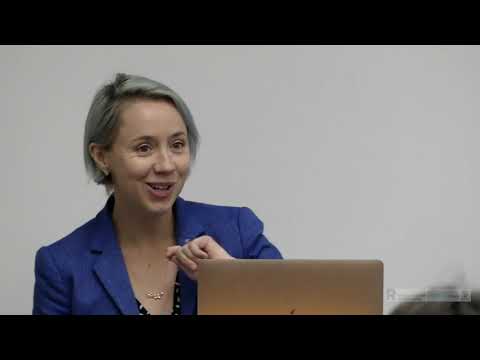 How to Fix Spotify Error Code 4

How to Delete a Folder Using Command Prompt