How to Record Skype Calls on Windows, Mac, iPhone and Android

If you’ve ever wanted to record a Skype call, you’re in luck. It’s actually pretty easy to do on any platform, whether you’re using a Windows PC, a Mac, an iPhone, or an Android phone. In this article, we’ll show you how to record Skype calls on each of these devices.

How to Record Skype Calls on Windows, Mac, iPhone and Android

How to Record Skype Calls on Windows

The process for recording a Skype call on Windows is actually quite simple. All you need is the Skype desktop application and a good microphone.

To start, open up the Skype application and sign in. Then, find the contact you want to call and start the call.

Once the call has started, click the + sign in the call window and select Start recording from the drop down menu.

The recording will now start and a red recording icon will appear in the call window. To stop the recording, simply click the Stop Recording button.

The recorded Skype call will now be saved as an MP4 file in your Skype call history. You can access it by clicking the History button in the Skype application.

How to Record Skype Calls on Mac

Another way to record Skype calls on Mac is to use a third-party app like Ecamm Call Recorder or Piezo. Both of these apps are designed specifically for recording Skype calls and are very easy to use. Simply launch the app and then start a Skype call as you normally would. The app will automatically start recording the call.

Finally, you can also use a screen recording tool like ScreenFlow to record Skype calls. This is a more advanced option and will require you to set up a few things before you start recording. But if you want to be able to record Skype calls with video as well as audio, then this is the best option.

How to Record Skype Calls on iPhone

There are a few different ways that you can record Skype calls on your iPhone. One popular method is to use a dedicated recording app, such as Call Recorder for Skype. This app will allow you to record both incoming and outgoing Skype calls, and store them either on your device or in the cloud.

Another option is to use the screen recording feature in iOS 11 or later. To do this, simply start a Skype call and then launch the Screen Recording tool from Control Center. Once you’ve started recording, the Skype call will be captured along with any other on-screen activity. When you’re finished, just tap on the Stop Recording button and your video will be saved to your Camera Roll.

Finally, you can also use a third-party screen recording tool, such as QuickTime Player or Reflector 2. These apps will let you record your screen activity, including Skype calls, and save the videos locally or share them online.

How to Record Skype Calls on Android

There are a few different ways that you can record Skype calls on your Android device.

If you have a rooted Android device, then you can use theautomatic call recorder app to record Skype calls. This app will work on any Android device, but it requires that your device is rooted.

To use a Skype call recorder app, simply install the app from the Google Play Store and then open it. You will typically be prompted to give the app permission to access your microphone and camera. Once you have given the app permission, you can start recording your Skype calls. 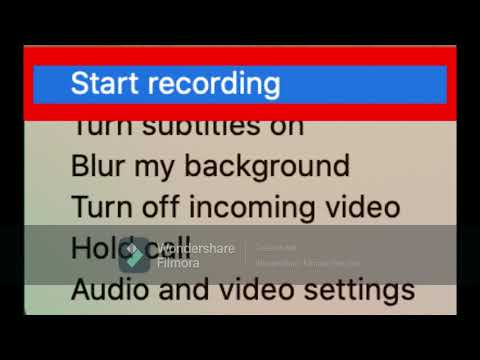 Some Taskbar Icons Are Missing from Windows 11’s Taskbar? Here’s How to Fix It

Fix: Security Policy Restricts Use of Camera on Android

How Wrong AIO Mounting Orientation Could Be Damaging your CPU